In Pursuit of Freedom explores the everyday heroes of Brooklyn’s anti-slavery movement. The public history project is a partnership of Brooklyn Historical Society, Weeksville Heritage Center, and Irondale Ensemble Project. 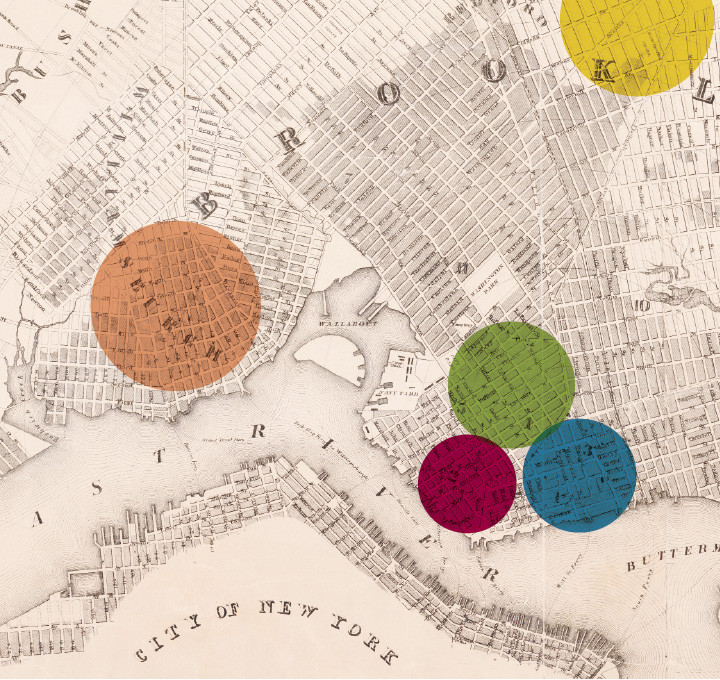 Brooklyn’s anti-slavery movement began in the neighborhoods we now call DUMBO and Vinegar Hill. At the end of the American Revolution, this was the town of Brooklyn. It was one of six agricultural towns in Kings County until it was incorporated as the city of Brooklyn in 1834.

In the early 19th century, this area was the village of Brooklyn, located within the town of the same name. It was the heart of the burgeoning city. Brooklyn’s anti-slavery pioneers — free African Americans — lived here from 1810 onwards. They built institutions to combat racism on behalf of all people of color, especially when the end of slavery in New York State in 1827 came without equality.

The financial panic of 1837 halted Brooklyn’s rapid urban transformation. One year later, free black New Yorkers took advantage of low property prices to intentionally establish the community of Weeksville as a self-sufficient haven for African Americans. Located in Brooklyn’s ninth ward, Weeksville was the most distant and secluded anti-slavery base from the city’s downtown area, thus it offered safety, refuge, and freedom to its residents.

In recent years, Williamsburg has experienced rapid gentrification and a changing waterfront that mix remnants of its industrial past with modern luxury condos. But in 1838, Williamsburg was merely a village or small independent town within Bushwick (one of six towns in Kings County). It quickly transformed from a village to a town to a city before it was finally absorbed by Brooklyn in 1855. During this growth, it was home to a number of German immigrants and the second largest African American community in Kings County.